Because document management is in everything that lawyers do 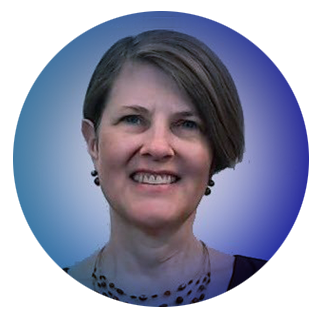 By moving their workload into the cloud, Cole Schotz law firm minimized their reliance on a data center, reduced the need for internal IT support, and strengthened their security. Now they can focus on enhancing the practice of law.

“Most people didn’t even realize when it happened, to be honest. Day one, it was just as if nothing had changed. I think that’s where you want to be,” said Patricia Mansuy, Interim CIO, Cole Schotz.

iManage partner Kraft Kennedy receives kudos for its expert implementation. When Mansuy uses terms like “seamless,” “smooth sailing,” and “streamlined and efficient” to describe the Cole Schotz experience, it's music to our ears, here at iManage.

In a recent interview with Bob Ambrogi on LawSites Blog, iManage co-founder and CEO Neil Araujo gave voice to the iManage ethos of making knowledge work, explaining our corporate commitment to learning and producing the business outcomes our customers are looking for:

Cole Schotz mapped out a very clear path to success. The firm wanted to get as much of their workload as possible into the cloud. The IT team was overburdened with management responsibilities that no longer made sense for the firm. Hardware, data center costs and equipment, the need to stay current with security patches and updates, and the need for IT to provide support to people internally with any on-premises issues that cropped up, were all sapping the team’s ability to get out of the weeds and focus on bigger projects.

“From an IT perspective, it’s so much easier. We have no downtime anymore, we don’t have to tell people, ‘You can’t be on iManage because we’ve got to do an update.’ That’s a huge thing,” said Patricia Mansuy, Interim CIO, Cole Schotz.

For Mansuy, upgrading the firm’s security and governance with Security Policy Manager and Threat Manager helped to further justify the move. She knows that Cole Schotz is unable to match the degree of protection provided by the combined forces of iManage and Microsoft, and that partnership between our two companies gives her an extra layer of confidence.

“I trust that Microsoft and iManage are ensuring that our security is strong and they’re watching 24/7. They’re both large companies, they have reputations to protect, and they can bring more to the table than we ever could as a midsized firm,” said Mansuy.

The crucial test is the users. If they aren’t happy, we still have work to do. Mansuy assured us that end user impact was very minimal. The IT team was able to quickly leverage iManage Control Center for system administration, while end users continued their work uninterrupted. She looks forward to introducing the mobile client, because "everyone wants to be able to look at documents on their mobile devices."

Download the Cole Schotz customer story to learn more about the firm's experience with iManage.

A platform you can rely on 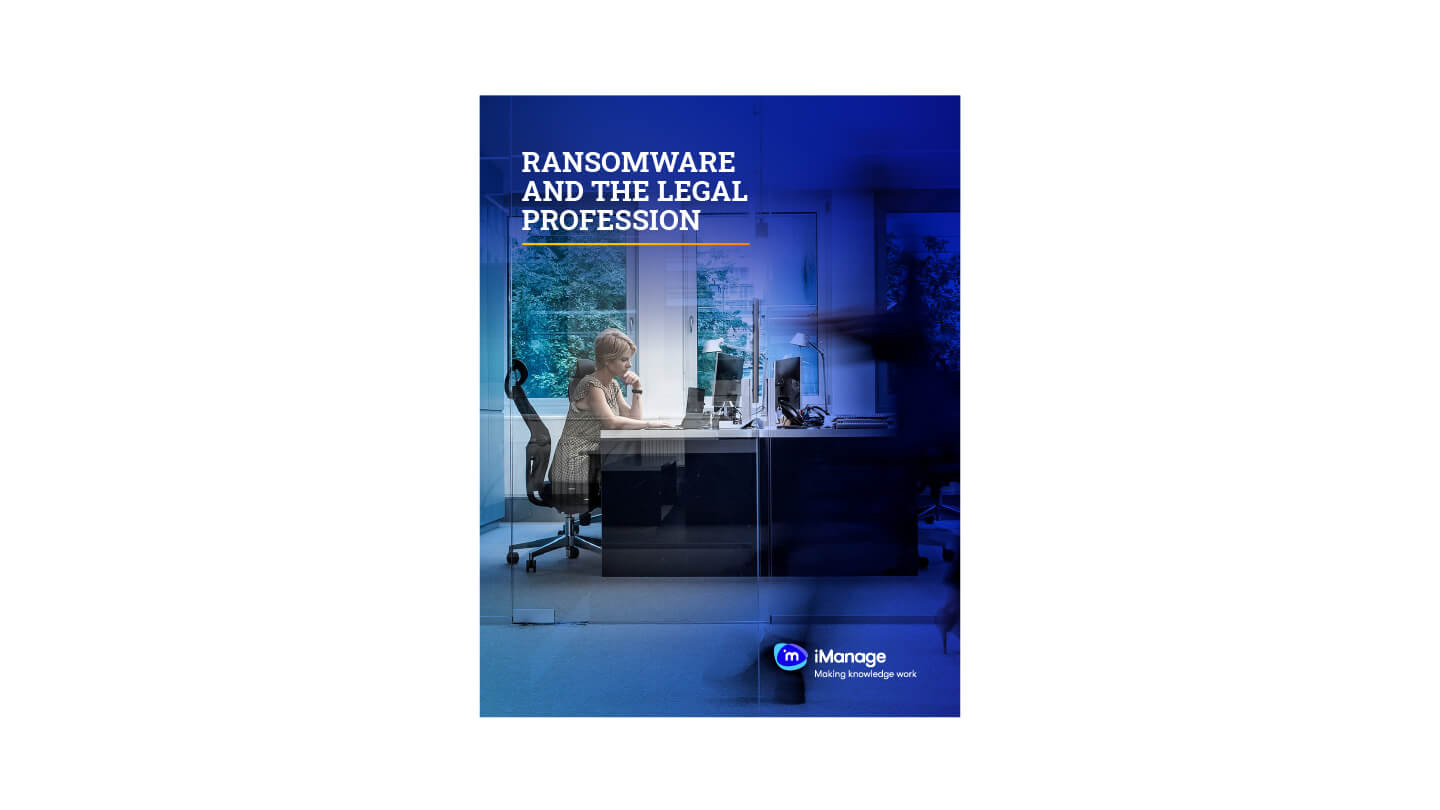 Ransomware and the Legal Profession

Ransomware and the Legal Profession. Download this white paper to learn more about the threat of ransomware and how law firms can protect themselves. 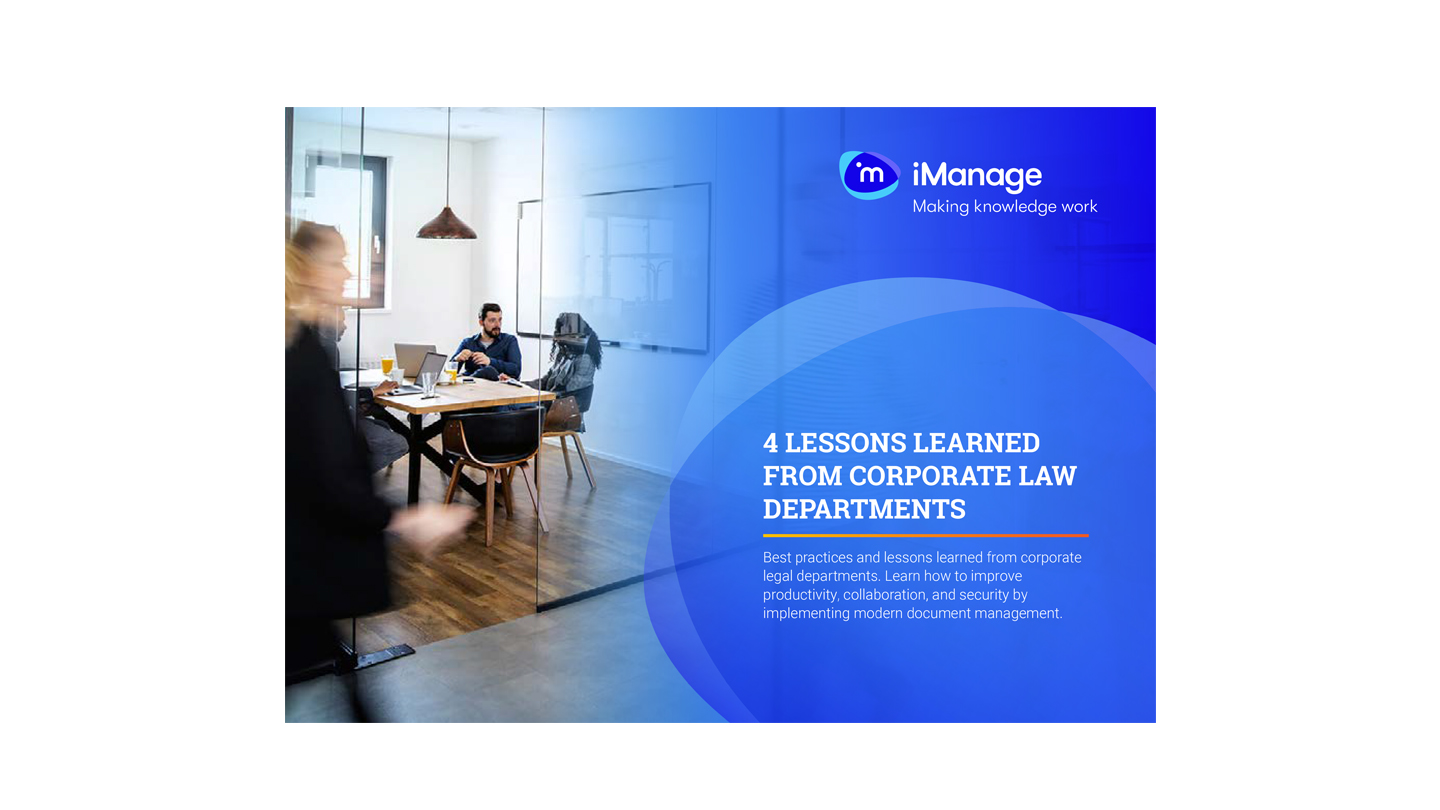 4 Lessons Learned from Corporate Law Departments. Download this e-book to learn how four global brands took on the challenge of managing large volumes of high-value, regulated and secure documents and emails. 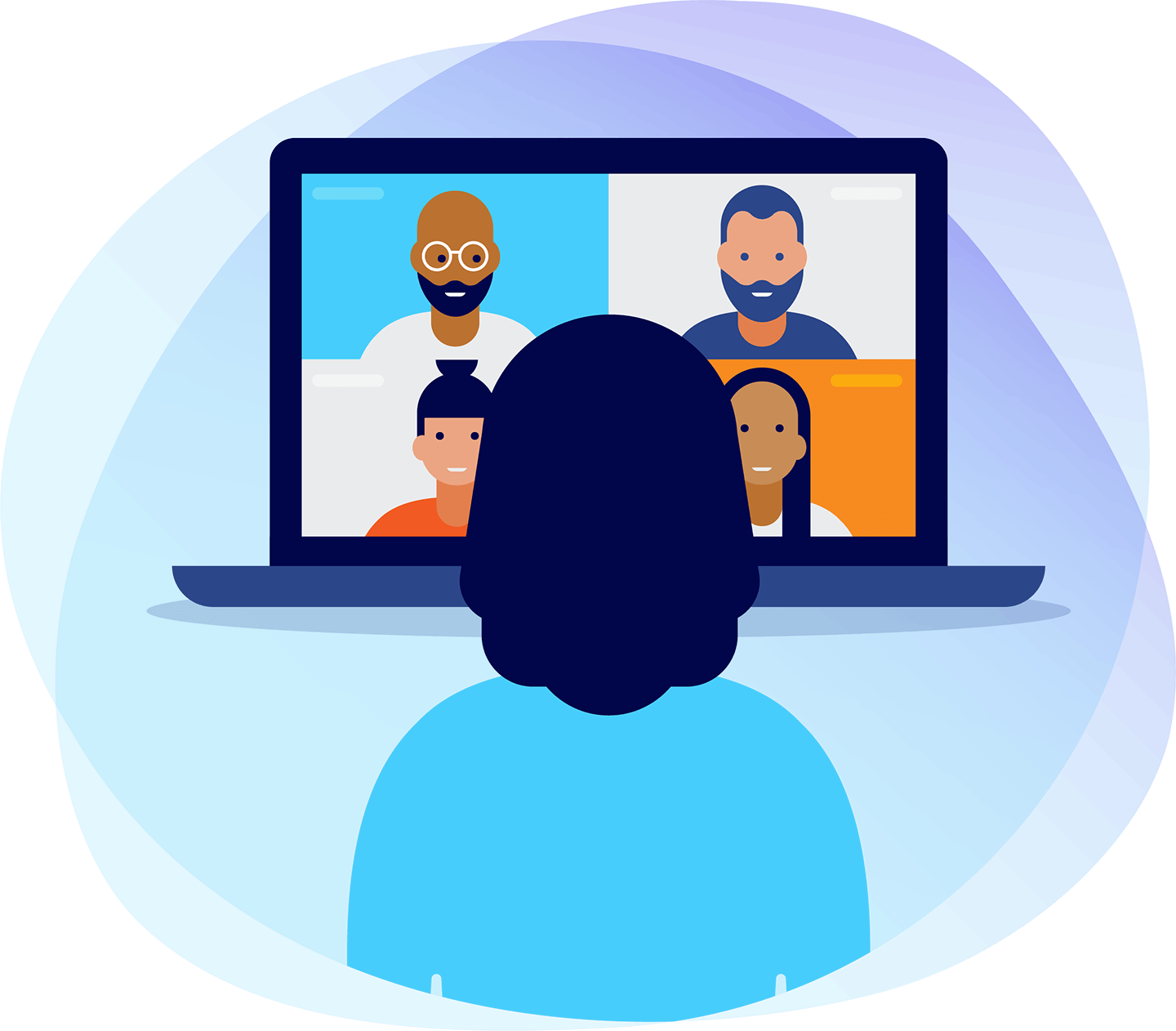 In this video series, we chat with Warren Hero, CIO Webber Wentzel about his implementation of Microsoft and iManage and how they work better togethers.