Cole Schotz decided that migrating to the cloud would reduce the overall complexity of managing their IT environment and free up IT resources to better support the firm’s objectives.

Cole Schotz, known for their relentless commitment to achieving success for their clients, decided that migrating to the cloud would reduce the overall complexity of managing their IT environment and free up IT resources to better support the firm’s objectives. With the capabilities built into the iManage platform, they were also able to upgrade their security protection and automate information governance and retention policies. The firm described their migration as “completely seamless” with no impact to users. The firm also benefits from cost savings from a reduction in data center reliance, insurance costs, infrastructure, and equipment.

A need for better protection, with less reliance on internal support

Cole Schotz had begun making some big changes with their on-premises IT environment. Their major objective was to reduce the overall complexity of what they were managing and decrease the internal needs for support. This included reducing their hardware, decreasing their reliance on the data center and the associated equipment costs, and reducing the amount of support the IT team had to provide. From a budget perspective, moving as many items as possible from capital expense amortization to operational expense was also attractive.

The firm is strongly pro-cloud, and their goal is to get most of their primary workload into the cloud.

“We would say we're now cloud-first, we always look for a cloud component that we can utilize for whatever need we have. I don't have a team that can provide security at the level that I feel needs to be there to protect everything. It's just almost impossible," said Patricia Mansuy, Interim CIO, Cole Schotz.

The firm had Office 365 and had already moved Exchange to the cloud when they began to explore whether it made sense to move iManage to the cloud, too. After they reviewed the other cloud vendors that were out there, they decided it was clear that iManage was where they needed to be and to go. They were able to make that decision very quickly.

“Everyone calls it iManage, we've got to stay with iManage”

“One of my senior partners said, ‘Well, we don't want to go to another vendor because everyone calls it iManage, so we've got to stay with iManage.’ It was a good point, keeping what you're comfortable with. It's something that you feel strongly about, and it's a key factor. Document management is in everything that we do, filing emails, filing documents, bringing a matter together for our clients. It's key to what lawyers do," said Patricia Mansuy, Interim CIO, Cole Schotz.

The firm didn’t change from the DeskSite client in the initial phase, and users couldn’t see what was happening on the backend, so the end user impact was very minimal. The IT team was able to quickly leverage iManage Control Center for system administration, while end users continued their work uninterrupted. Their implementation partner Kraft Kennedy ensured the project rollout was streamlined and efficient.

“Kraft Kennedy did an expert job of getting the deployment done behind the scenes. It was smooth sailing, no issues whatsoever — no concerns. Most people didn't even realize when it happened, to be honest. Day one, it was just as if nothing had changed. I think that's where you want to be," said Patricia Mansuy, Interim CIO, Cole Schotz.

Cole Schotz has not experienced any negative client reaction to their cloud-first approach. Mansuy says they’ve responded to audit requests since moving to the cloud, with positive results. The firm recently completed their ALAS survey and were pleased to receive a very high score in cybersecurity. With the increasing attention being paid to protecting data from security threats, it’s important for the firm to be able to show their clients they are well prepared.

Secure in the cloud: Microsoft and iManage are watching 24/7

“We feel like we have made the right decisions, certainly. From an IT perspective, it’s so much easier. We have no downtime anymore, we don't have to tell people, ‘You can't be on iManage because we've got to do an update.’ That's a huge thing," said Patricia Mansuy, Interim CIO, Cole Schotz.

In addition to meeting their strategic goals for reducing infrastructure complexity, lowering the IT support burden, and moving from capital expenses to operational, Mansuy firmly believes the firm’s knowledge assets are more secure now in the cloud.

With iManage Threat Manager and Security Policy Manager, Cole Schotz has advanced threat protection, password protected encryption, and tools to set up information governance and retention policies. The capabilities built into the iManage package enable them to be certain that they're maintaining their information governance stance and help them move forward with those policies.

“When you know that you can have your data, your workloads in the cloud — our two most important are Exchange and our documents — I don't have to worry. I can sleep. I trust that Microsoft and iManage are ensuring that our security is strong and they're watching 24/7. They're both large companies, they have reputations to protect, and they can bring more to the table than we ever could as a midsized firm," said Patricia Mansuy, Interim CIO, Cole Schotz.

Mansuy also observed that not having to manage all the security has freed the team to really focus on enhancing the practice of law instead of being down in the weeds.

“Having the ability to share workspaces securely with our clients and things of that nature, we recognize that that's a capability that we now have and plan to take advantage of, going forward," said Patricia Mansuy, Interim CIO, Cole Schotz.

The firm is preparing to roll out the Work 10 web client to give people more features and functionality than the DeskSite can offer. They're also introducing the mobile client, and Mansuy says is a big one because everyone wants to be able to look at documents on their mobile devices. All new tools, and new ways of accessing documents that she believes are going to be very well received by the firm’s attorneys.

Learn how a distinguished and nationally renowned law firm reduced infrastructure complexity, lowered their IT support burden, and moved expenses from capital to operational by safeguarding their knowledge assets and client data in the cloud.

Learn how a premier litigation, labor, and employment law firm serving organizations throughout the New England region upgraded to superior document management for enhanced performance, security, and ease of use from anywhere. 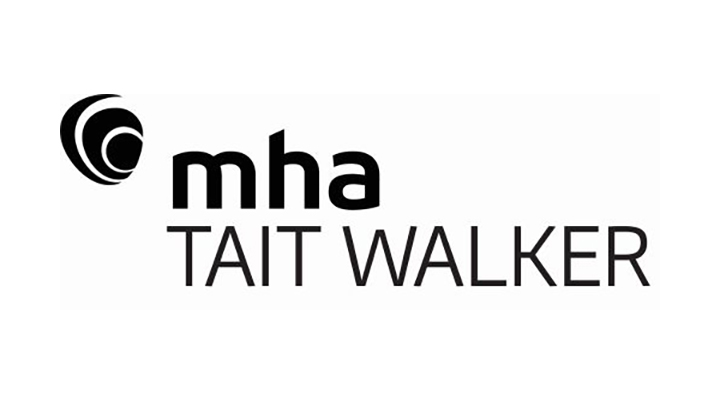 With iManage Work in the cloud, MHA Tait Walker is benefiting from enhanced security, cost-effective application management, and operational efficiency. Learn more in their case study.

Cloud migration proves to be a move worth making