Improving business continuity in the cloud

Migrating to the cloud provides industry-leading uptime along with enhanced security and mobility for Greenbaum, Rowe, Smith & Davis LLP.

David Melczer, Director of IT at Greenbaum, Rowe, Smith & Davis (Greenbaum), joined iManage at ConnectLive 2021 to share why his team made the move to iManage Work in the cloud.

Three months into his tenure, a critical event proved that this instinct was right. A 13,000 volt transformer blew out in the basement of their head office building, leaving the firm without power. While the building and the electric company debated whose responsibility it was to replace the transformer, the lack of power for Greenbaum’s on-premises hardware meant that two of their three office locations were unable to work for several days.

When the power was restored, the firm’s leadership challenged the IT department to design a system where that amount of downtime wouldn’t happen again. For Melczer, that made their path clear.

“The only realistic way we could do that was with a cloud-based architecture.”

Learn more about how Greenbaum improved their business continuity by moving to the cloud in the interview below:

Prefer to read? Take a look at the firm's case study and learn their secrets to cloud migration success.

Download the latest solution brief for more details on how iManage Cloud can help your team experience measurably improved business outcomes for years to come.

Why a modern security culture matters: Best practices for your cloud strategy

This ebook will help you understand why adopting a culture of security, while achieving a balance between security and accessibility, is essential to protecting your valuable data. 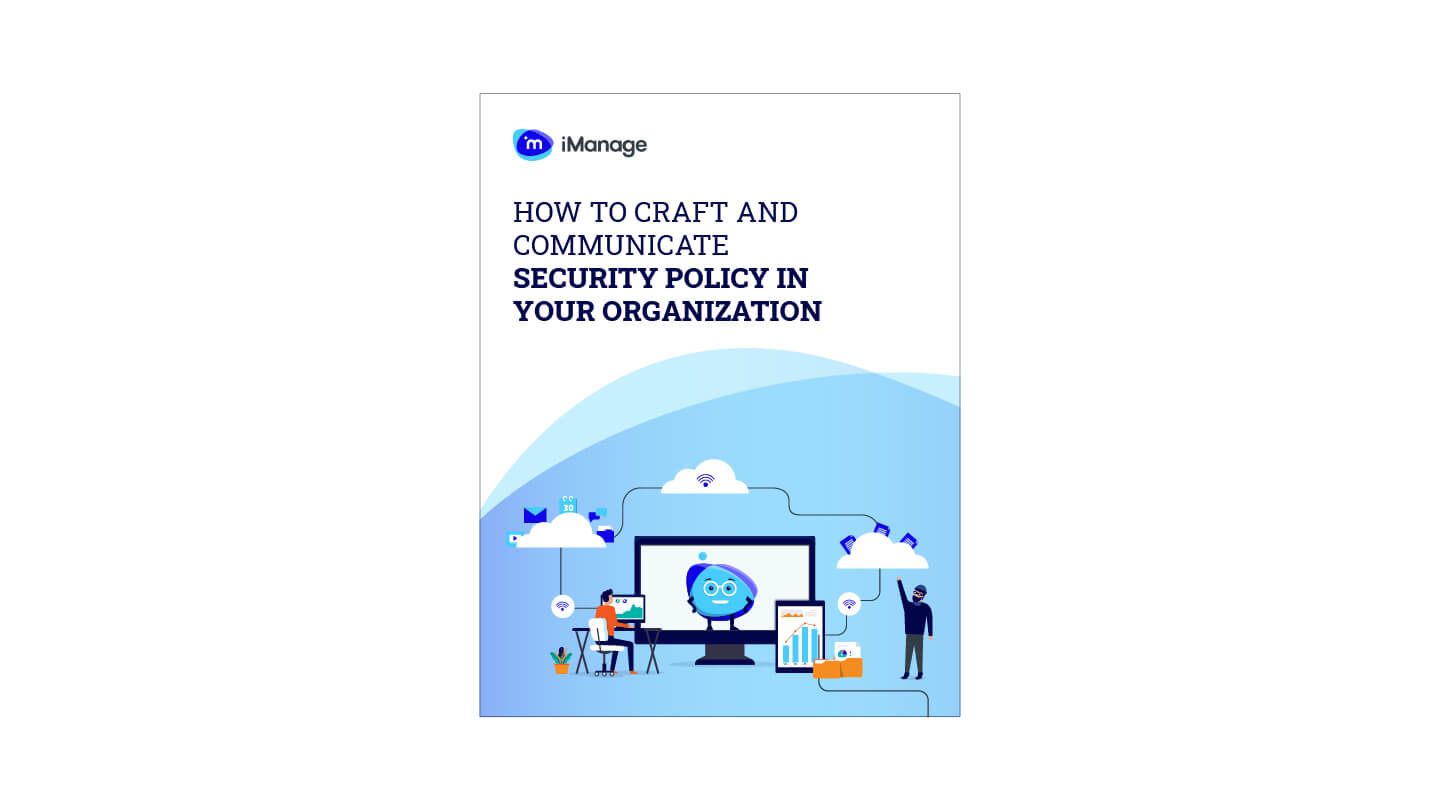 How to Craft and Communicate Security Policy in Your Organization

In this white paper you'll learn about developing effective security policies and explore ways to enlist everyone in the organization in building and maintaining a strong security culture. 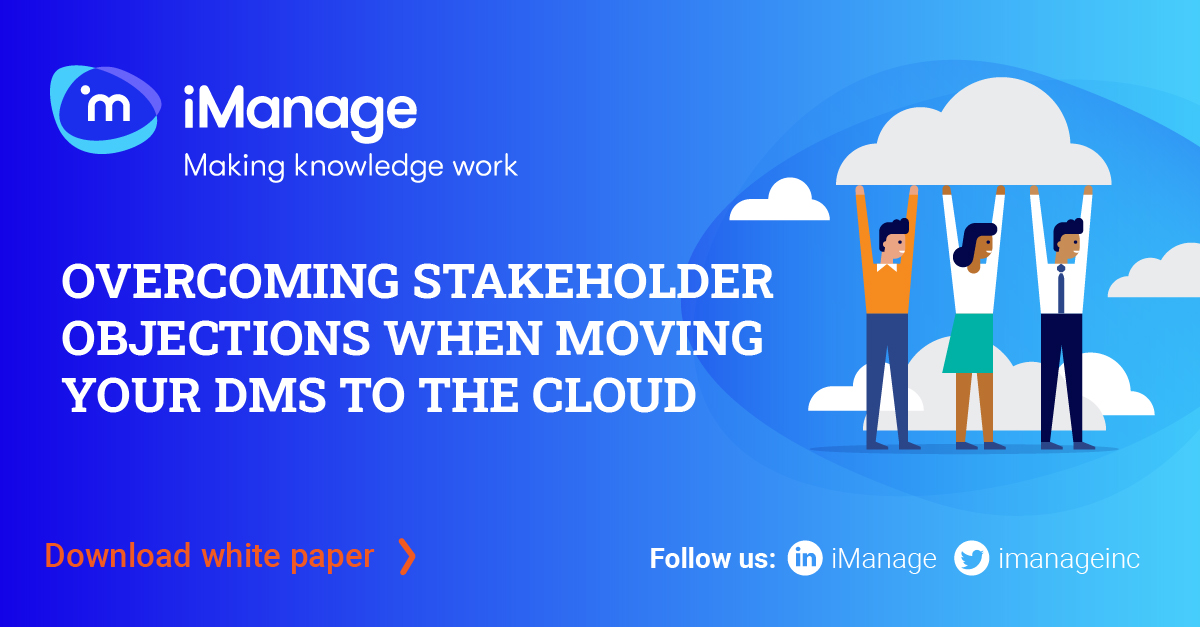 Overcoming stakeholder objections when moving your DMS to the cloud

This paper by Deep Analysis explores some of the most common internal barriers that small and midsize law firms face in moving to the cloud and provides practical advice on how to make the shift.